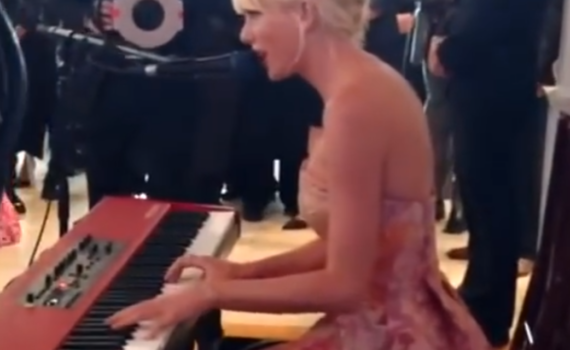 If you are planning your Chicagoland wedding, you may want to put security arrangements in place to keep out celebrity wedding crashers. They are everywhere!

The list is shockingly long. These celebrities crave the spotlight. They lurk in the wings ready to leap into the spotlight and deflect attention on to themselves and away from the poor, unsuspecting bride.

Who, you may ask, are these dastardly celebs? Can you believe Taylor Swift?

I know, I know, everyone thinks Ms. Swift is this sweet, young thing. But at the first sound of wedding bells, who knows, she may show up at YOUR wedding, turning your entire celebration upside down. You’ll be the one in need of bodyguards!

And then there is Jason Derulo. Any singer with a hit song called “Marry Me” is a high risk celebrity wedding crasher, as this couple found out!

Even a legendary singer like Andrea Bocelli got in the act! He came all the way from Italy to crash a New Jersey wedding! Really, Andrea!

Celebrities are coming out of the woodwork at weddings everywhere! I know you probably don’t have a security detail as a budget item for your wedding, but with the risk of celebrity wedding crashers at peak levels, perhaps you should bite the bullet, even if you have to take out a loan.

Okay, I’ve had a little fun with you. EVERYONE wants a celebrity to crash their wedding. However, in case Taylor Swift doesn’t crash your wedding, I have good news: Crestline Entertainment has a ridiculous library of music that we will bring to your wedding.

We can play any song you’d ever want to hear from Taylor Swift, Jason Derulo, or Andrea Bocelli. You name the artist, we probably have the song that means so much to you, or we’ll get it.

It’s the next best thing to having a celebrity there. Besides, you don’t need celebrities to make your wedding magical. Your marriage is all the magic you’ll require. We’ll provide the DJ entertainment, fairy tale lighting, and photo booth to make it a celebration for the ages. 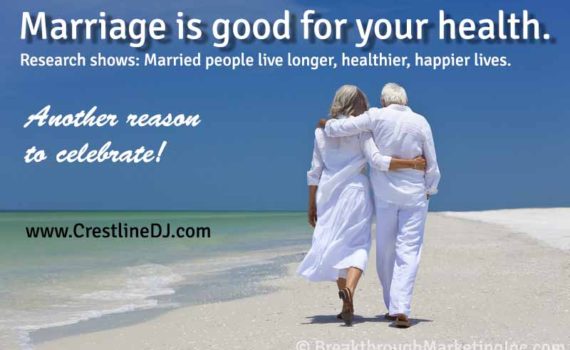 Marriage is good for your health

We live to celebrate. No celebration is more special than a wedding.  Crestline Entertainment knows, because we specialize in wedding entertainment. But did you also know marriage is good for your health?

Comedians who like to poke fun at their spouses love to make marriage the butt of their jokes. For example:

In the first year of marriage, the man speaks and the woman listens.

In the second year, the woman speaks and the man listens.

But by the third year, they both speak and the neighbors listen.

The longterm beauty of marriage

When you set aside the foibles of each of us and look at the longterm beauty of marriage objectively, you’re faced with a shocking realization: marriage is good for your health!  According to research, you will actually live a longer, healthier life if you’re married.

This research was conducted by Scott Haltzman, MD, who is a clinical assistant professor in the Department of Psychiatry and Human Behavior at Brown University in Rhode Island. He is the author of The Secrets of Happy Families: Eight Keys to Building a Lifetime of Connection and Contentment.

√  Have a lower risk of depression.

√ Have a lower risk for advanced cancer.

√ Survive longer when cancer does strike.

The difference for men is even more dramatic.  Married men live on average 17 years longer than single men!

Marriage IS good for your health!

Marriage is so therapeutic to men, that a married man with heart disease will live an average of four years longer than a single man with a healthy heart.

Both unmarried women and men have much higher rates of depression than their married counterparts, but with men, the differential is glaring.  Unmarried men are nine times as likely as married men to suffer from depression.

Former late night talk show host and funny man, David Letterman, even admitted that divorce is harmful to your health, but he had to insert a punchline, of course:

“According to a new survey, people who get divorced die early. People who stay married live longer. The difference is they just wish they were dead.”

Marriage is worth celebrating!

Congratulations on your upcoming marriage. 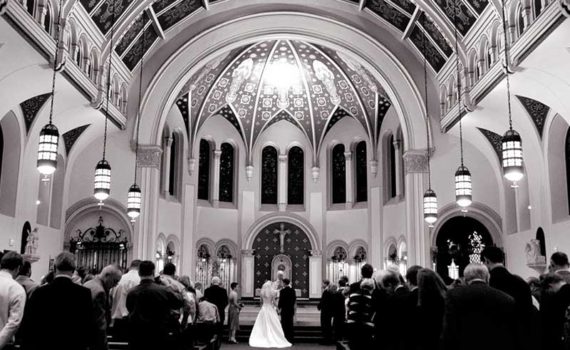 Be honest: do you imagine your upcoming Chicagoland wedding day as a fairy tale wedding? A dream-come-true? Your day to feel like a princess?

I hope the answer is yes, because dreams can … and SHOULD … come true on your wedding day. Take a few minutes and watch the video below as Prince William and Kate Middleton exchange their wedding vows in the resplendent West Minster Abbey.

You don’t have to become the Duchess of Cambridge to feel like a Royal Highness on your wedding day. Even more, you don’t need to hold your wedding reception in the Buckingham Palace to feel like royalty. There are more affordable solutions.

Crestline Entertainment offers a way to level the playing field between your limited budget and the Royal Family’s bulging coffers. It begins with the power of fun. If people are having fun, they’re not focused on how much you spent on the flowers or the food, they’re focused on how great you have made them feel.

The power of fun unites wedding guests to be fully engaged in the true meaning of the day, which is the cherished union of two lives which has just taken place before their very eyes.

Crestline Entertainment knows how to create the fun that keeps a dance floor packed and your guests united in celebration of your glorious wedding day. 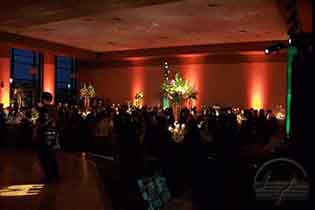 Uplighting can transform ordinary space into a ‘palace!’

Our wedding DJs are the ‘aristocracy’ of our profession, total pros, who know how to entertain without ever taking the focus off of YOU. But we offer even more affordable solutions to create a ‘regal’ feel at your reception: uplighting.

Uplighting is so very elegant. Crestline Entertainment can transform even the plainest hall into a palace. You may not be able to afford Buckingham Palace, but you won’t care, because you’ll be partying in your own dazzling palace right here in Chicagoland, or so it will seem.

If you want to feel like a princess on your wedding day, it really can happen. It begins with a phone call to Crestline Entertainment: 1-630-766-9898. Let’s start planning your fairy tale today. 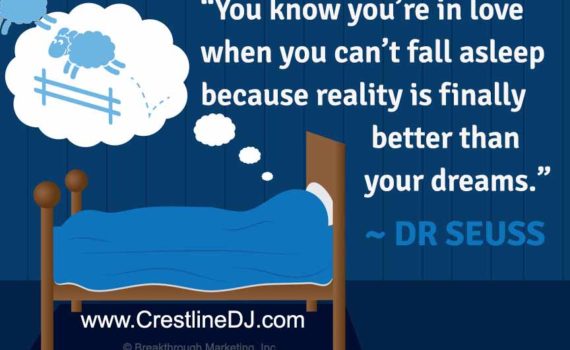 How to know if you’re in love

Here’s a great quote from the timeless Dr. Seuss. The same sentiment is at work when you hire Chicagoland’s finest wedding DJs: Crestline Entertainment.

With us, your wedding reception will exceed your dreams. You won’t want your celebration to end, because it will be so much more than you ever dreamed possible.

Let’s be clear about something:  you don’t have to spend a fortune on your wedding day to experience the party you wish would never end. But you DO need to invest your limited resources wisely in one key area:  the entertainment.

Entertainment makes the event.  Crestline Entertainment knows how to bring people together and fill a dance floor in celebration of your special day.  Our uplighting will transform a plain hall into a palace, so don’t worry if your decorating budget is modest.  We will make you feel like royalty.

It’s really true, like Dr. Seuss says.  You’ll have trouble falling asleep that night, because at last, reality has become better than your dreams.

Packed dance floors depend on interaction. How much do you want?

What single factor will determine the success of your wedding? Packed dance floors.

If it is packed all night long, well, that is the gold standard for wedding success, at least according to the many couples we’ve worked with over the years.

… and knows how to motivate wedding guests to get out of their seats.

Here’s the deal, though.  Each wedding couple is unique.  You’ve got your own personality and your own idea on what defines class, style, and energy.

Some Chicagoland brides want their reception to have the feel of a dance club, complete with high energy music and fabulous club lighting.

Others like elegance and dreamy lighting right out of a fairy tale.

And some like a combination.  We’re flexible and taylor each event to the style of the wedding couple.

You also need to consider the level of interaction you’re looking for from your DJ/MC.  The more interaction, the more dance floor participation.  We are masters at making even your shy guests feel comfortable getting out of their seats and joining the fun on the dance floor.  And we’re able to do it without cheezy gimmicks or tacky songs.

And we never, ever make anyone uncomfortable.

How much interaction is right for you?

Together, we’ll establish the parameters that determine successful weddings.

In Crestline Entertainment’s hands, your wedding celebration WILL be a success, complete with a packed dance floor. 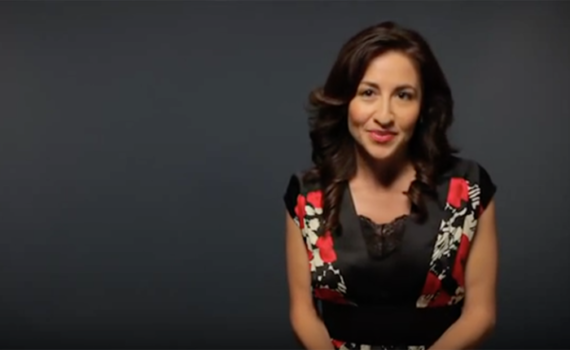 How to nip wedding toast disasters in the bud

Let me guess:  you’ve got a well-intentioned best man and maid of honor for your Chicagoland wedding.

They know you.  They love you, and wedding etiquette calls on them to stand up and toast you at your wedding reception.

These beloved friends or family can morph into your worst nightmare.  Don’t let them hijack your wedding reception with an embarrassing, meandering, or never-ending toast.

In fairness, your best man or maid of honor doesn’t want to embarrass you or scandalize your family, but beer and a microphone can be a dangerous combination.  A nice, warm three minute toast can quickly devolve into a dozen minutes of booze-drenched awkwardness if you’re not prepared.

Rather, provide your event’s toasters with the following guidelines as provided by Toastmasters International:

This is what you need to say to avoid wedding toast disasters:

As the bride and groom, this is your party.  So I encourage you to say something like this to your toasters:

“Thank-you for being my [best man/maid of honor].  I am so honored to have you share this day with me in such a meaningful way.  I wanted to be sure you knew that we’d like you to make a brief toast after dinner.  You okay with that?  We’d like you to keep it fairly brief, 3 minutes … 4 max.  Share something special you see in our relationship and wish us well.  I know I don’t need to say this, but please, nothing off color or embarrassing.”

Really say something like this to be sure everyone’s on the same page.  Or simply print this page off and hand it to your toasters (or share the link with them).

Now, let us all raise a glass to honor this beautiful couple.  May God richly bless your marriage!

[Check back next week for an actual script for a nice wedding toast.  Your best man and maid of honor will love it! In the meantime, check out our wedding services here!]